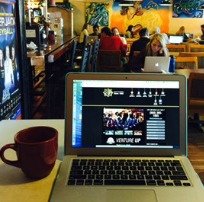 (Washington, D.C.) — Who’s guarding the guards in America’s businesses and organizations? Glassdoor, that’s who. Have CEOs lost control of their personal and organization’s reputation when it comes to online websites with anonymous feedback? Glassdoor.com, the largest and fastest-growing career site, is perhaps the biggest threat of all.

Glassdoor’s anonymous reviews are credible, according to a Business Journal article, titled “Are you suffering from Glassdoor angst?” by Bob Corlett of Staffing Advisors, based in Washington, D.C.

Glassdoor provides anonymous feedback that, unlike many anonymous sites, is deemed accurate. Any current staff member or team leader, disgruntled former employees, temp worker, or job candidate can post freely. Corlett says Glassdoor reviews put many of the CEOs he deals with in a state of angst. He cites this year’s Edelman Trust Barometer showing that the public is more likely to trust anonymous reviewers over CEOs.

An Ounce of Prevention:

The involuntary transparency Glassdoor and other sites offer is a sign for all organizations to shift into high gear in creating a positive corporate culture, where individuals are recognized, in the context of a team or work group. This also includes temporary employees. Job candidates must also be treated with the utmost respect.

Efforts to improve a corporate culture are not just about looking good on social media. It’s no secret that a strong corporate culture helps retain and recruit employees, and increase productivity and profits.

One way to get corporate leadership and the teams it serves on the same page is to level the playing field by providing ongoing opportunities for staff of all levels to serve the community — locally or globally — and on company time.

After the Great Recession, which lasted from December 2007 to June 2009, Venture Up, a firm devoted to developing corporate team relationships , saw a significant rise in corporate clients seeking programs embracing the community and serving others. The role of greed in the financial crisis showed the U.S. Government’s generosity in bailing out banks who, in turn, bailed out billionaire investors and rewarded the higher ranks with bonuses “as motivation” before they even attempted to correct the errors.

Americans were rightfully angry that while they sacrificed, the government’s old boys network was being rewarded with a bail out and bonuses. This, in my view, fueled the fire already raging against the “corporate bad guys,” and many corporations didn’t take kindly to being included in the bulk.
In many cases, consultants at Venture Up deal directly with the top brass, as well as human resource and event management leaders. Staff members at all levels gave voice. Nearly every program during the recession period included corporate giving element into the team building experience, and the trend remains true today.

Corporations are people, and most people, by nature, have generous hearts in helping those in need. There is a movement, a slowly progressing trend, of trying to banish the image of “the greedy corporation.”

Venture Up clients continually seek events that all staff levels can feel good about. The “feel good” result is not something you can measure, although it wouldn’t surprise me if MIT’s Sandy Pentland presented research on that any day now.

By looking outside themselves and serving others, people connect with their instincts to nurture. Team relationships are naturally reinforced. A culture of giving translates to a better corporate image and higher profits for the organization, according to a Harvard Business Review article titled, “The Competitive Advantage of Corporate Philanthropy.”

The irony today is that corporations, however rigid in structure, have no choice but to embrace the human element if they want to maintain a competitive edge. They have the resources — their employees — at their disposal daily and need to treat them fairly and with respect or the world is going to know about it. Employees involved in social media can serve as brand ambassadors or brand bruisers, and the company has no control what they do or how they do it in their off time. Two-way trust comes into play, by necessity. When the level of control is balanced, the free enterprise can still thrive.

“Free enterprise is always the right answer,” says Andrew W. Lo, Professor of Finance, MIT Sloan School of Management, “The problem with it is that it ignores the human element. It does not take into account the complexities of human behavior,” says Lo, in an article by Cate Revis titled, “The Global Financial Crisis of 2008: The Role of Greed, Fear, and Oligarchs.”

Many companies with a strong corporate culture are in the tech industry. Comfy lounge areas, lunch delicacies, and the “no boundaries” appeal of open workspace are prevalent in Silicon Valley. Who doesn’t want to work at Google?

A playtime atmosphere may not work well for all corporations, but that doesn’t mean they can’t inject some fun into the workplace. Even the most rigid companies can make a few changes: an espresso machine in the lunchroom, free parking, required spa days, plush sofas and fluffy pillows in the lounge to make work teams feel at home while taking a break.

Most American workers are with their family of colleagues more than they are with loved ones, so a bit of nurturing comfort at work can be beneficial in setting the mind at ease. Besides, what employee doesn’t want to brag to others about how well their company treats them . and post it on social media?