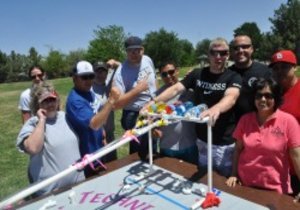 Some of the greatest business successes have come not from winning the game, but from changing the rules. As a core business strategy, innovation is what makes a company stand out from the competition. Learning from the masters just got easier with The New York Times bestseller, Blue Ocean Shift: Beyond Competing, a follow-up to the breakthrough title Blue Ocean Strategy, by W. Chan Kim and Renée Mauborgne. In the new book, the authors outline proven strategies for creating new market frontiers by exploring the results at a wide range of organizations that put their theories into practice.

The idea of game-changing isn’t exactly new. MIT’s Sloan Review recently dug up 12 old articles on innovation that still apply today. One, from 2006, cites Starbucks as an innovator. The product — coffees and lattes — wasn’t new, and the idea of hanging out in a coffee shop for hours was plenty familiar to poets, philosophers, students, retirees and business leaders meeting on neutral ground.

But Starbucks took the welcoming, comfortable atmosphere a step further by defining their shops as a “third place.” According to the company, most people spend most of their time at home and at work. That’s where they feel most comfortable, and where they’re inclined to be most productive. Starbucks established itself as the third place between work and home, attracting teleworkers, freelancers, community groups, and office workers looking to get some fresh (albeit coffee-scented) air.

At the firm’s grassroots level, baristas fueled themselves with the company’s product. Through experimentation, the Frappuccino was born. R&D staff perfected and standardized the recipe to make it a menu item. What appears to be goofing off during downtime may well result in creative breakthroughs. The flagship store continues to be a hub for experimentation, and “secret menu items” invented by baristas attract diehard fans eager to try new things. 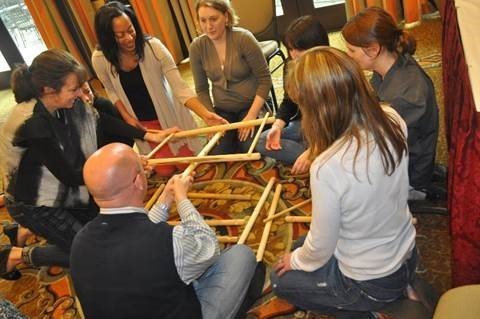 New Examples of Innovation at Work

Another example of a blue ocean market is the life coaching industry, now worth $2 billion. True to blue ocean form, life coaching created a niche instead of competing within old markets. But you don’t have to invent an entire industry. In an interview with Fortune magazine, the author refers to a ubiquitous product that still had room for innovation: toilet paper. If a Brazilian toilet paper company can innovate a common household product, innovation is in reach for your company too.

Innovation can become a part of the job at all employee levels. Organizing a program with Venture Up, a stand-out in the corporate training world for its innovation, will get your staff on the creative track. Venture Up helps companies build a culture of innovation through fun and playful engagement that could lead to your next blue ocean.