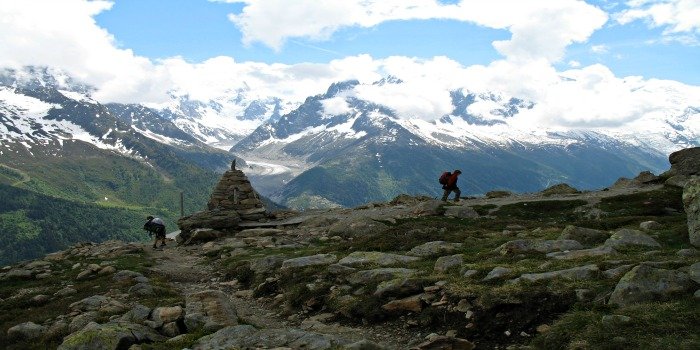 (Kathmandu, NEPAL) — Nowadays anybody can be an adventurer without facing the risks and dangers of the first explorers of long ago. The typical adventure traveler is not a great athlete, but one who simply enjoys the outdoors and new experiences. Adventure travel has caught on, and more and more tour companies are promoting their trips as “adventure travel,” when there is hardly any risk at all.

Modern equipment, transportation and communications have made adventure travel safer and helped bring the great world of adventure to the masses; people of all ages and abilities. In remote regions, porters and pack animals make hiking much easier — yet this kind of hiking is called “trekking”, which sounds much harder than it actually is. While many adventure trips require physical ability, such as mountaineering and moderate hiking, some trips require merely physical activity, such as safaris and cultural journeys. These adventures may involve long rides off road and occasional walks in historic sites or wildlife preserves. Active travel is the more appropriate term for today’s type of adventure travel. But that would take the fun out of it.

In bringing the masses to the remote, adventure travel has also brought together people from worlds apart. And the impact of tourism on local cultures has not always been a good one. For years adventure travelers have come to faraway lands, trying to absorb in a few weeks what took centuries to develop. While a visitor’s objective may be to reach a famous overlook in an hour, or take the best photos for slide shows back home, the goal of the hill people they meet is basic day-to-day survival.

Many haven’t the education or the money to learn about people of other lands except through direct contact with outsiders who pass by their homes.

Cross-cultural exchange is a major part of the travel experience. Once we return from a trip, it’s not the raging river or the towering summit that’s remembered most back home, but the game you played with village children or the exchange with the wandering merchant who left his farm life in the hills for a trade to appeal to travelers like you and me.

All people have a natural curiosity for the way others live. Native peoples are intrigued by the exotic visitors who pass by their homes, but not all of them aspire to acquire our ways.

While in Nepal I met Lhakpa Dorje Sherpa in Khumjung, a tiny village dwarfed by the peaks of the Everest region. Dorje had reached the summit of Mt. Everest with an American team a few years before, and had spent a few months in the United States giving slide shows, organized by the American friends he met in Nepal. It was a weary chore he recalls. While in Arizona he enjoyed Chinle, near the Four Corners Region on the Navajo Reservation,. “Before I came to America I never knew they had Indians,” he told me. “They thought I was an Indian. They wouldn’t believe me. They didn’t know about Sherpas.”

Back in Nepal, he lives with his family in his Khumjung hut when not leading treks or climbing. We sat for a long while before the hot coals one cool evening in January. We had a nice Sherpa meal and for some reason it didn’t taste as unusual as my last attempt at Sherpa food. “Would you ever visit America again?” I asked. He smiled and shook his head. “No. There would be no point.” I had the impression he thought America was a silly place.