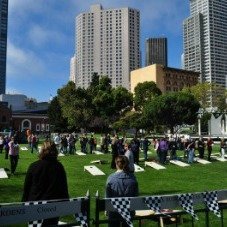 In the heart of the San Francisco bay area, Stanford Graduate School of Business is deep in the mud with Harvard, having taken its spot as the leading business school in America. Just as the “cool school” beat the “old school”, a Stanford professor is challenging old research and shows how building a team with the right people and resources is the ticket to success in the modern day, in San Francisco or anywhere.

An article titled, Jonathan Bendor: A Toolkit for Solving Problems, by Lily B. Clausen, ponders whether classic research on decision making is still relevant. “The Science of Muddling Through,” a 1959 research essay with a trendy name is now under scrutiny. Written by Charles Lindblom, organizational behavior theorist, the article itself challenged the long-accepted rigid approach to problem solving which had proven ineffective in resolving complex problems. Bendor shows Lindblom’s theory is only partially relevant today, and says there are more than two fixed methods for decision making, as his theory states.

According to Clausen’s article, Bendor recommends “a tool kit of heuristics that can be deployed separately and in various ways.” Bendor introduces a hypothetical situation many hospitals and clinics face in reality today: Patients missing their medical appointments. Bendor shows how building a team with wide ranging perspectives — from the doctor to the front office receptionist — is the first step. Next comes “decomposition”, or breaking down the problem into manageable segments.

Problem solvers split into committees and design a solution that ultimately smoothes the process and saves the hospital money and time. Factors considered may include giving patients 24 hours notice of appointments instead of 48, or implementing a childcare program to address the needs of low income patients whose family responsibilities may keep them away.

Flexibility and adaptation are two strong factors when it comes to problem solving in Venture Up’s corporate training programs. Venture Up is in its third decade providing short-term professional development in a fun, interactive context, drawing upon parallels in research at the top business schools.

The University of Las Vegas, Nevada Lee Business School recently hired Venture Up for a team building program with students in the executive MBA program.

“In two short hours Venture Up was able to break down barriers, get our group interacting in a productive way, and most importantly, taught them applicable team and communication lessons along the way,” says Program Director Nikkole McCartin.

“As an academic program, I appreciated that after each activity, or group of activities, the Venture Up leader would tie back the lesson to credible research including Harvard Business Review cases and current MIT research,” she added.

Graduate students at Stanford also step out of the lecture hall to take on interactive experiences in problem solving in workshops. Once teams are selected, the professor presents a hypothetical problem requiring “multiple minds” for optimal results. The problem is broken down into manageable segments. Teams split further into committees, each solving a segment of the problem.

Then the entire group recombines to present the final solution. The workshop is filmed and critiqued by the class afterwards.

Stanford also has a speakers series, called “The View From the Top,” drawing leaders from major corporations to campus to teach students about effective management and the role of leadership in producing high performance teams.

In any group facing problems, it takes an effective team to find solutions. “Having many people working independently on the same problem increases the likelihood of success,” Bendor says.