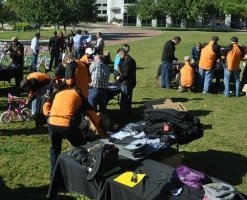 In the United States, the number of women in science, technology, engineering and math (STEM) careers still pales in comparison to their male counterparts. Several theories arise to explain the discrepancy. One study points to five biases that push women out of careers in science.

Biases Holding Back Women in Science
In the study, 557 female scientists took surveys, and 60 women scientists were interviewed. The results:

The study indicates the implicit biases and sexism that prevail in the workplace. Co-workers may not be fully aware of the attitudes they possess that negatively impact women and stifle the success of an organization.

We need more professionals in STEM fields overall, and it only hurts industries to overlook roughly half the working population. Realizing there is a problem integrating women isn’t enough. Overcoming these biases takes conscious effort. Or some really bad publicity. Women are speaking up, and the BBC is light years ahead of exposing gender discrimination that is sadly the acceptable norm in the U.S.

Inclusive, interactive training can help reshape the work culture and unleash talent that may have been repressed. Venture Up has helped many companies promote inclusivity in the workplace with fun, uplifting experiential training models that promote diversity and teamwork. But unless the head honchos in tech are willing to recognize and fix the inherent bias on their own, any positive change will rely on tech women who speak out, the media and lawmakers.